Within the mining industry a safe and economical mine ventilation system is an essential component of all underground mines.

The Primary Ventilation System ensures adequate ventilation of a mine by providing suitable paths for the air to flow down the mine to working places and suitable routes out of the mine when the air has become unsuitable for further use. Primary (also called Main) Fans pump fresh air into the mine and contaminated air out of the mine. They can be installed on the intake airshaft, return airshafts or both, either on the surface or underground. Primary Fans can be Axial, Centrifugal or Mixed Flow fans:

Secondary or Auxiliary Fans are smaller, portable fans used to supplement the primary fan ventilation. They are installed underground for ventilating mines that are not adequately ventilated by the air current produced by the primary mine ventilation fans. An auxiliary fans is usually from 0.5 to 1.0m in diameter. It is driven by compressed air or electricity. The auxiliary fan can be used to force or exhaust ventilate the workplace. Secondary or auxiliary fans can be Axial, Centrifugal or Mixed Flow Fans.

Additionally, AirEng is manufacturing the following fans and accessories: 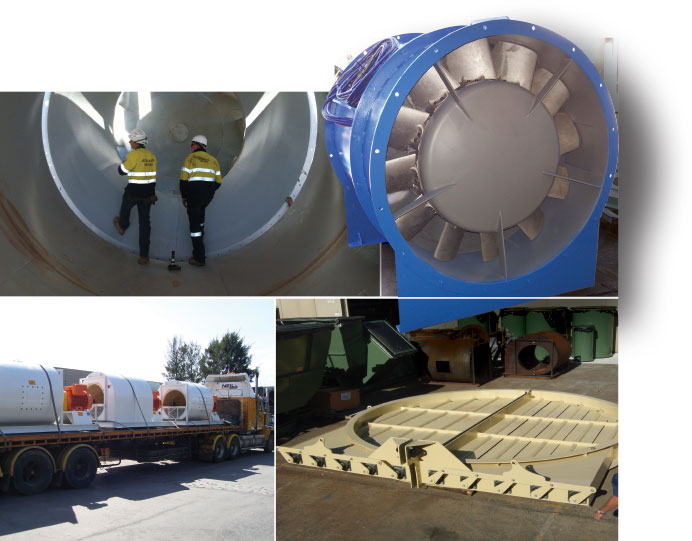 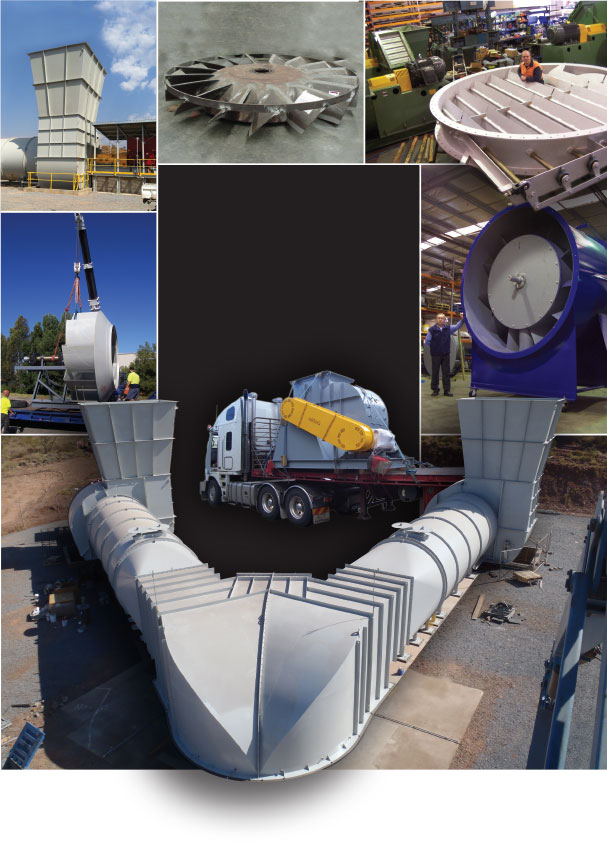