Wambo Mine is an open cut and underground coal mining operation located approximately 15 kilometres west of Singleton, near the village of Warkworth, New South Wales.

Using Longwall mining methods, coal that is extracted from the underground mining operation is transferred by conveyor to the Run of Mine (ROM) coal stockpile, ROM coal is reclaimed, crushed, screened and washed at the Coal Handling Preparation Plant (CHPP), producing quality thermal product coal for domestic and overseas customers.

As part of the South Bates Underground Extension Project, Peabody Energy had a requirement to relocate two existing ventilation fans, currently connected on single portal and shaft to connect to a new portal ‘Y’ ducting configuration in one location.

AirEng provided Peabody Energy with a complete turn-key solution for the project which involved designing the new industrial ventilation fan installs, including all new ductwork.

The existing fans were decommissioned and as part of the project, the impellers made their way to the AirEng manufacturing plant in Bayswater, Victoria (via specifically fabricated transport cradles) for a complete overhaul, Magnetic particle (MPI) testing and balancing in accordance with ISO1940 G2.5. All other components of the fans were inspected, with bearings being replaced to ensure maximum fan performance.

Once the overhaul was complete, AirEng, and local business partner Farrelly Construction Services, worked with Peabody Energy to design and install an infrastructure layout that could best utilise the existing assets to maximise efficiencies and comply with current mining regulations and industry standards. 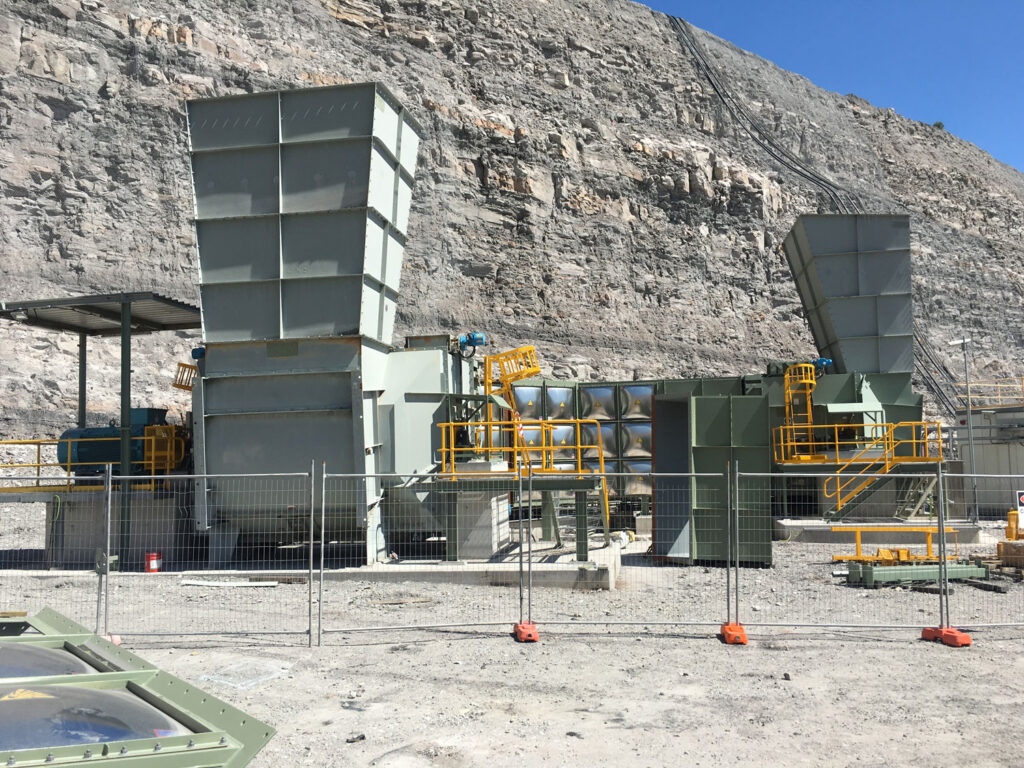